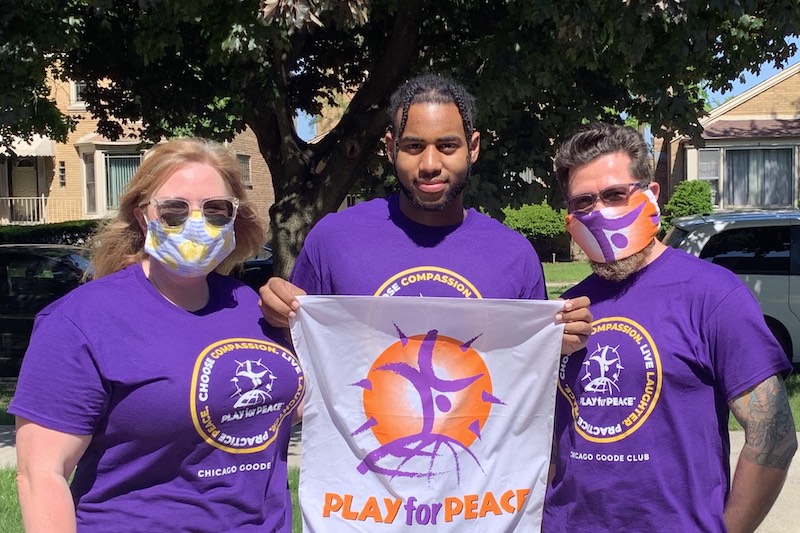 Delivering Hope In Chicago During the Coronavirus Crisis

In the midst of the COVID-19 pandemic, our clubs are working hard in their communities, creating positivity and compassion in a time where there is much fear and uncertainty. One such club is the Play for Peace Chicago Goode Club—led by mentors Roberto Valle and Kelly McCollom—which recently put together a project to bring Play for Peace t-shirts to club members—youth from a local high school who had been home due to the pandemic since March 19. The idea behind giving out the shirts was to bring unity and identity to club members during this trying time.

“Since several of the club members were seniors, we decided to deliver the shirts directly to them,” Roberto explained. “It became an opportunity for us to see the students again before they graduate.” 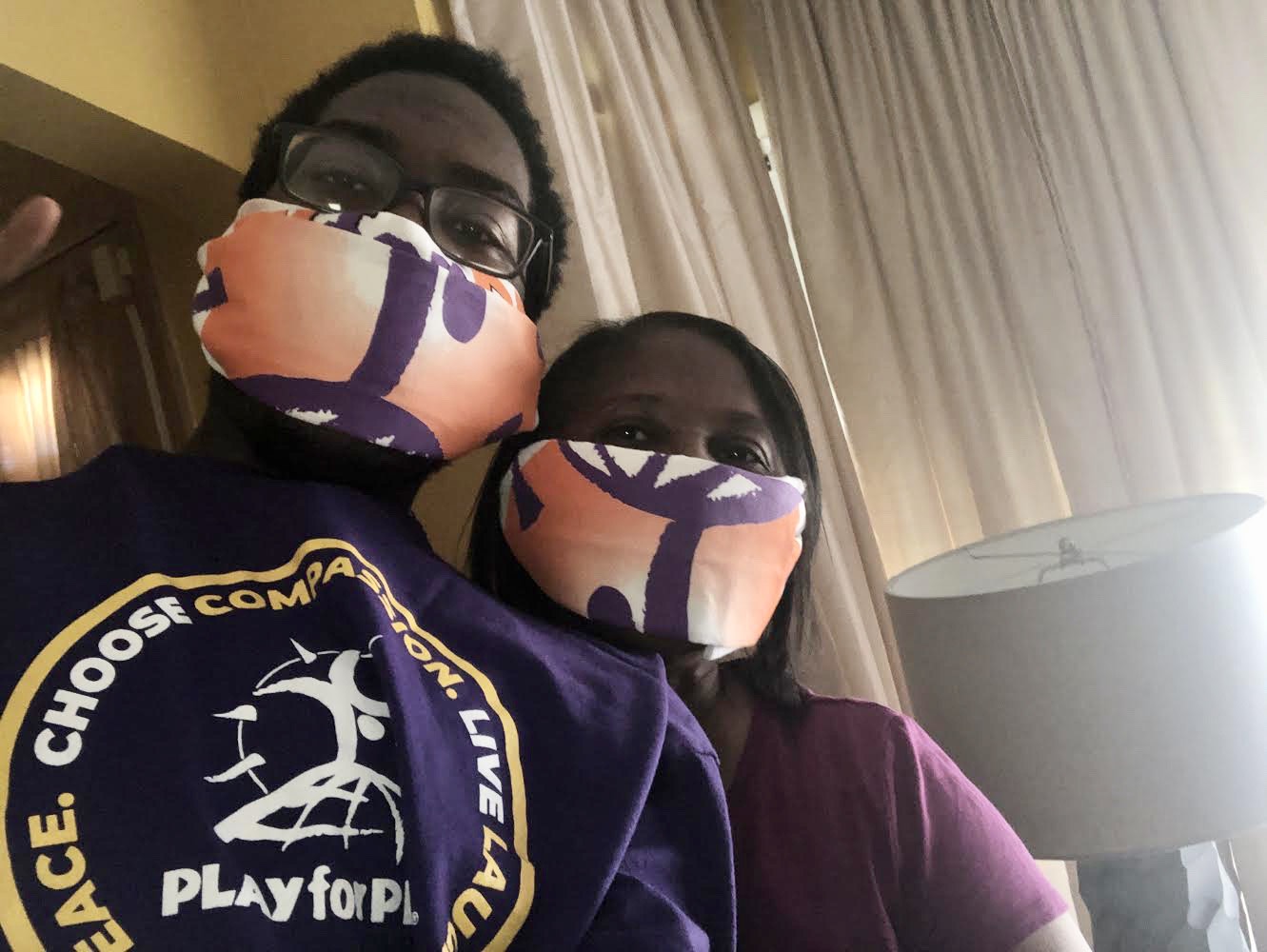 As an addition to the project, the students were also given Play for Peace bandanas to make their own masks—one for themselves and another to give away to someone in need.

Formed last year, the Chicago Goode club began when Roberto—who has been involved with Play for Peace since the 1990s—accepted a position as a school counselor at Sarah E. Goode STEM Academy, a public school on the south side of Chicago. Together with Kelly McCollom, a music teacher at the school, the pair created and now co-lead the Chicago Goode club as an after school club in order to promote peace to counter previous violence.

“Our club is fun,” says Roberto. “But it also builds leadership and presentation skills, and advocates peace, connection, and unity.”

According to Roberto, the Chicago Goode club had many events planned before COVID-19 caused everything to shut down. The club had hopes to work with children from neighboring elementary schools. And during the time when China began receiving negative attention, the group had considered connecting with local children in Chicago’s Chinatown to facilitate play.

Once things begin to normalize, the club hopes to move forward with their original plans: to connect with local elementary schools, have their students meet with students of all ages to initiate play, and have those students visit their school on a field trip where the main objective is play and connection.

“It is magic when kids come together in laughter and play,” says Roberto. “I appreciate being witness to that magic.”