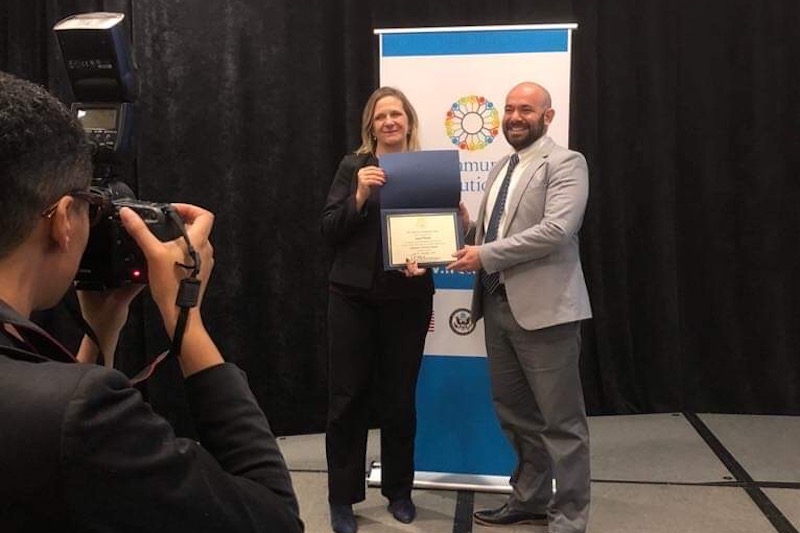 As the founder and a mentor of the Youth for Change Galilee Club in Israel, Sa’eed Diabat is an important part of the Play for Peace community. He also has an important story to tell: of struggle and kindness, growing up in a refugee family in Israel, and of leadership and peace, creating friendships across the divides that exist in his community.

The third of five children, Sa’eed was born into a Palestinian refugee family in Israel. Resources were scarce, and growing up as a member of a minority in a place with constant political and ethnic conflicts also meant being confronted with racism and discrimination. Despite all of this, he developed a positive attitude and an appreciation for different cultures and traditions. Receiving higher education was a luxury many could not afford, but Sa’eed worked hard in order to attend university. A deep desire to help his community inspired him to leave his engineering career and enroll in Ben-Gurion University’s department of psychology, and later completed his master’s in education at the Oranim Academic College of Education.

He then returned to his roots and dedicated seven years to empowering the Arab community in Israel, working with different organizations to preserve the heritage and culture of his grandmother, Najeye Diabat, a strong woman born in 1936 in Shajara, Palestine near Lake Galilee which today is in Israel. As part of this work, he focused on the peaceful co-existence of people with different backgrounds. So when Sa’eed was introduced to Play for Peace for the first time in 2006, he immediately realized its power and impact. This initial training was one of the reasons he decided to dedicate his skills to community empowerment.

Sa’eed began Youth for Change Galilee in 2017, and the club’s youth leaders used Play for Peace methods to build bridges between diverse members of their local communities. Shortly before Sa’eed’s grandmother’s death in 2017, she visited her home village with the club to tell the story of her life. Her testimony was one of a free woman who became a displaced person in her own country. Her kindness and compassion was motivation for the young people of Galilee to continue working for peace, even in the most complicated circumstances.

Another highlight was an Interfaith Seminar in early 2018 that brought together youth leaders from Muslim, Christian, and Druze communities, creating bonds and a foundation for common projects. Later that year, the group also supported a large Jewish-Arab Interfaith Festival with Play for Peace games, with their work and passion inspiring children and youth beyond the borders of Israel. Furthermore, that summer, youth leaders from Galilee worked with youth leaders from the Skaramangas refugee camp in Greece during a recreational summer project in Crete, bringing joy and laughter to orphaned children from Belarus.

Sa’eed was the motor and the mentor of these processes. In his personal vision and leadership statement he says:

I see a world where hate no longer exists. Children are living their childhood in happiness and joy, and young boys and girls leading a change in the world. I wish young people from all around the world travel to explore and learn, with no barriers and no limitations for cultural exchange and this become a learning tool for all.

I care about peace and education for minorities and marginalized communities, and see a huge importance in building a bridge between youth from different cultures and backgrounds from all around the world. I seek to increase the youth awareness and involvement in everyday decision making, projects in issues of the importance of education, acceptance of the other, and equality for all.

I believe that youth have a major role in shaping the future for humanity and societies worldwide. My vision is that young people work together to initiate community projects. Projects on education, empowerment, and environmental issues are a main goal in my work. 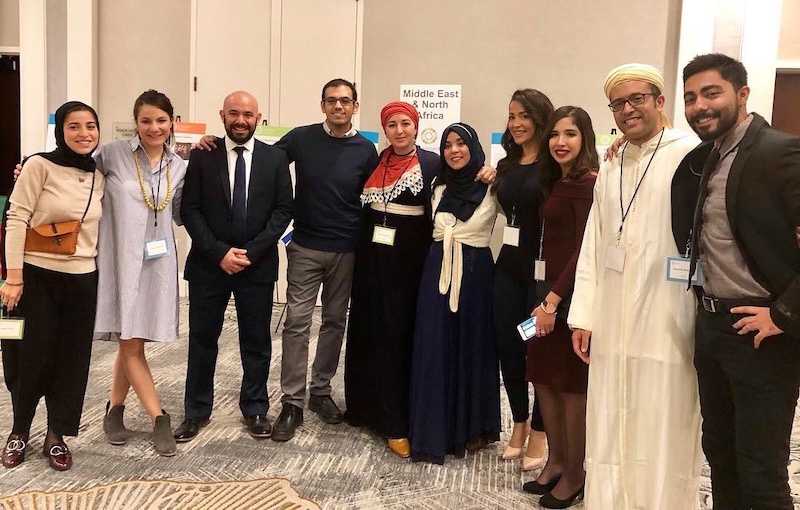 This vision statement was part of a personal leadership plan written by Sa’eed in November 2018, as part of his participation in a Community Solutions Program supported by the U.S. Department of State. As one of 92 community leaders from a total of 67 countries, Sa’eed participated in a four-month fellowship program in Milwaukee, Wisconsin. He spent his time at the Journey House, an organization that supports community 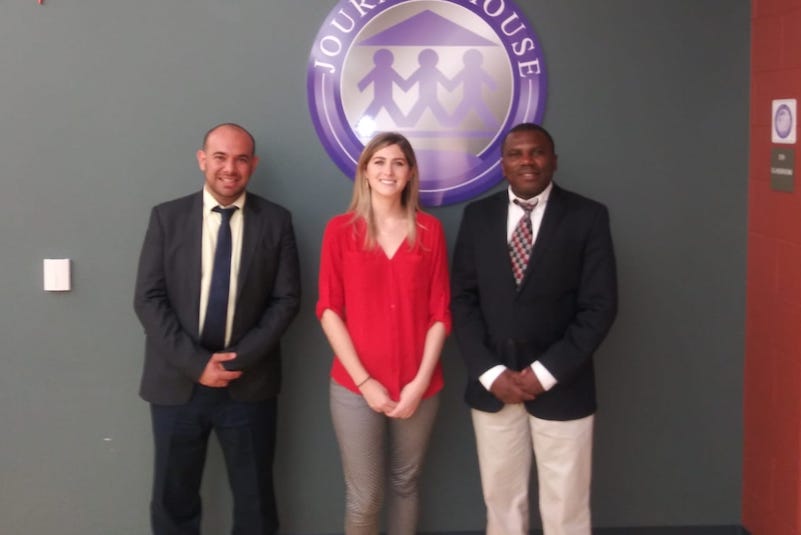 solutions through youth empowerment, adult education, workforce readiness, and family engagement. While in Milwaukee, Sa’eed was able to visit his Play for Peace family during the Play for Peace 5K Fall Run/Walk in Bartlett, Illinois. With the support of Dian Mitryani, Play for Peace research coordinator, and John Guarrine, Play for Peace board chair, Sa’eed also conducted a Play for Peace training for teachers over the course of four weeks. The training will hopefully be the basis for new Play for Peace activities in the region.

Sa’eed successfully finished his four-month endeavor in the United States and is now back in Israel with his wife and young son. Fully equipped with new ideas and effective tools for community development, he plans to continue the interfaith work he started with the Youth for Change Galilee Club. The implementation of a local project is the condition for graduating from the Community Solutions Program and becoming an alumnus. Play for Peace is ready to support Sa’eed and his club of peace builders, who all share a vision of a peaceful Middle East.

And the future? Sa’eed was recently offered a new position at a national project that focuses on teaching Hebrew as second language at employment centers in Arabic villages. The program aims to break down language barriers and will include blended and online courses in order to provide equal access to language education and better opportunities to participate in society.

“The most valuable lesson I learned from my experience at the Journey House and the fellowship program was about listening to my community and my environment and to recognize and respond to its needs,” said Sa’eed.