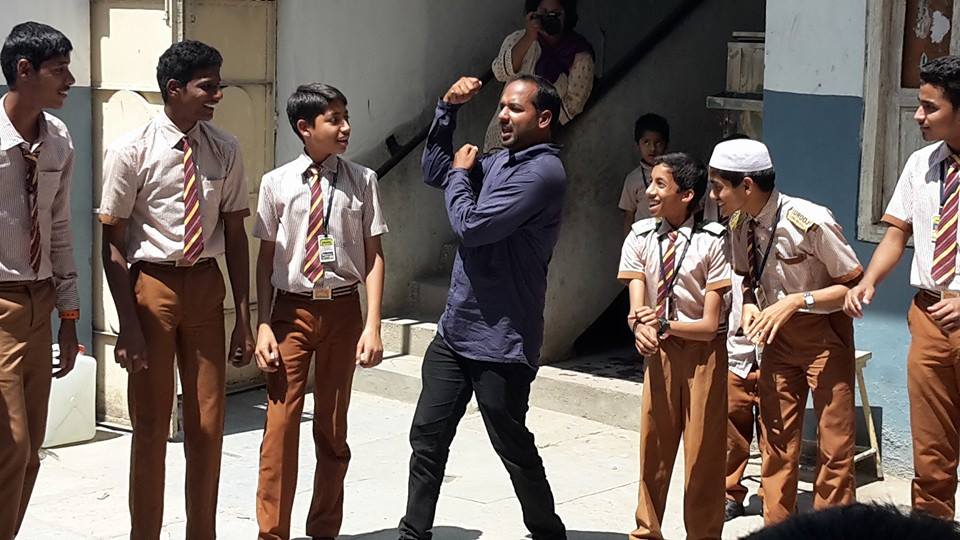 A Look Back at how Khel Se Mel started in Hyderabad

“We interviewed children from our communities and found that many who had dropped out had a history of facing violence within classrooms in the form of punishments given by the teachers and bullying by other students and the community."

Hyderabad is a city in India steeped in history and cultural diversity. But it also has a dark side that affects many of the local youths. Much of the population in the “Old City” is poor and lives in slums. The lack of opportunities has led to violence in neighborhoods, households and schools. The culture of acceptance of domestic violence at home and corporal punishment in schools has resulted in an environment where children live in fear for their safety and well-being. Consequently, this has led to an increased student dropout rate and many are forced into labor market where they are abused even further. Javeed Ansari, a Play for Peace trainer, grew up in Hyderabad and understands the challenges and fears faced by local youths. In 2010, Javeed sat with other youths and talked about their experiences of dealing with corporal punishment as young students, how it affected their lives and how it influenced them to drop out of school. “We interviewed children from our communities and found that many who had dropped out had a history of facing violence within class rooms in the form of punishments given by the teachers and bullying by other students and the community. We all had lost out on education because of the fear those punishments and harassments created in our young minds” said Javeed. To help stop the trend, Javeed started a program called the Zero Violence in Schools project in Urooj Model High School. The aim of the program was to help teachers learn new methods of interacting with children and provide tools on how to create a playful and learning environment. By mid-2015, Zero Violence in Schools had reached more than 200 children and 30 teachers. The team has been conducting play sessions and leadership and team building events in an effort to bring positive changes in schools. “We are witnessing changes in relationships between children and teachers due to play. In addition, the participation of girls in the games and activities, has helped them gain confidence in their lives and courage to develop and take care of their families,” said Javeed. Javeed regularly blogs about his activities on his website. Play For Peace will continue to report on some of his sessions. Stay tuned for more stories from Javeed and the Zero Violence in Schools project.