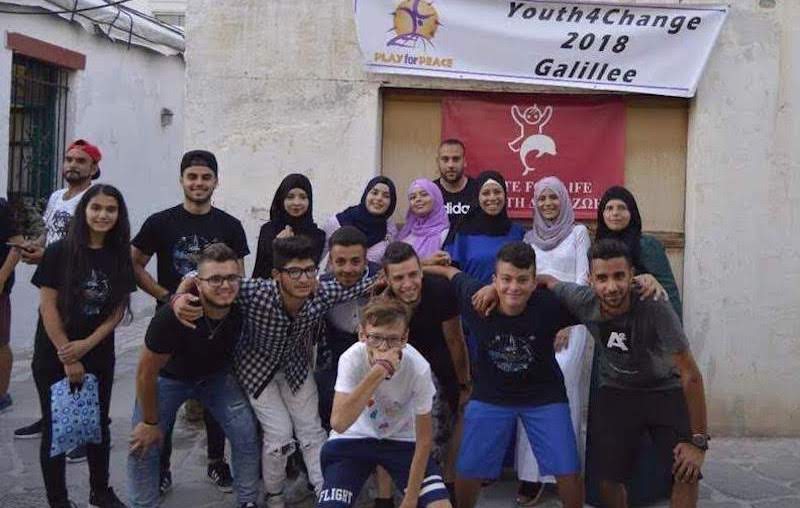 When youth leader Shaimaa A-Shmaisy stepped on the plane that took her from Israel to Crete, she was worried about one question: “How will I manage to make children happy?” 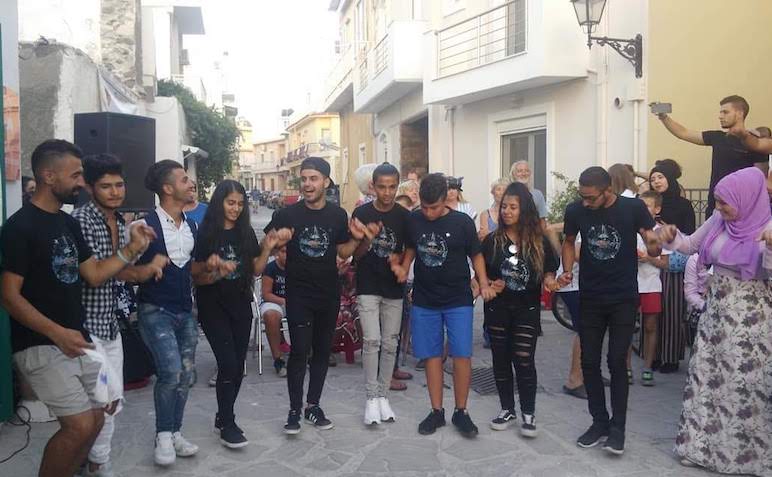 Along with nine other youth leaders from the Play for Peace club Youth for Change Galilee, Shaimaa was about to have one of the most important experiences in her life. Her group was joining Play for Peace leaders from the Skaramangas Refugee Camp in Athens, Greece to lead cooperative play sessions and activities with a group of Belarussian orphans. These children were invited by the organization Crete for Life, led by director Olimpia Theodoli, to spend a healing summer vacation on the beautiful Greek island. It is the mission of Crete for Life to offer recreational holidays to children who are sick or disadvantaged and would otherwise never experience a vacation.

Play for Peace volunteers from the Skaramangas refugee camp had already supported Crete for Life in 2017, when children from Chernobyl, Belarus, were invited to spend a summer vacation in Crete. It was an incredible experience for both the children and the youth leaders and inspired Olimpia to invite youth leaders like Shaimaa to join the project. Rayan Salam, who had been a member of the Skaramangas club in 2017 and now resided in Holland, also joined the group. 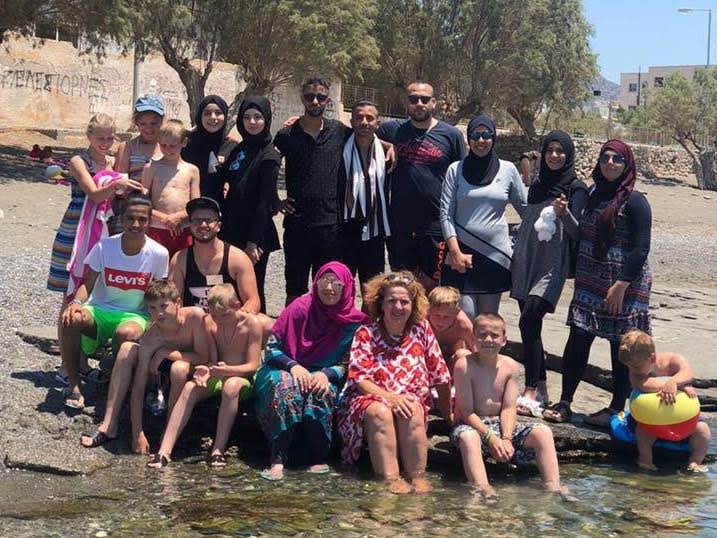 Ahlam Awaied, one of the group leaders from Galilee, explained some of the difficulties they encountered at the beginning of their volunteer mission. “It was not easy to communicate. The children we worked with spoke Belarussian; not everyone spoke English. It was hard to find a common language. But after a short time, differences in language, tradition, and outfits didn't matter anymore. We managed to connect, through a game, through fun activities, through laughter.”

Every evening the youth leaders and children met at the same time in the same square to play games and laugh together. The focus of the activities was to have fun and give the kids a break from the difficult circumstances they had been experiencing at home. Through the games, the children quickly gained confidence and connected with the youth leaders. Shaimaa shared that some of the kids started wearing scarfs to imitate the veils the Arab girls were wearing. “They wanted to learn Arab words from us and became very attached. It was amazing to see them smiling and laughing,” she said.

According to Ahlam, several children didn’t know their birthdays. Others hadn’t heard from their parents in several years. “When you meet someone who doesn’t have a family or a home, it affects you a lot and makes you embrace the things you have,” he said. “But we were able to give them some beautiful and fun moments. That was very special.” 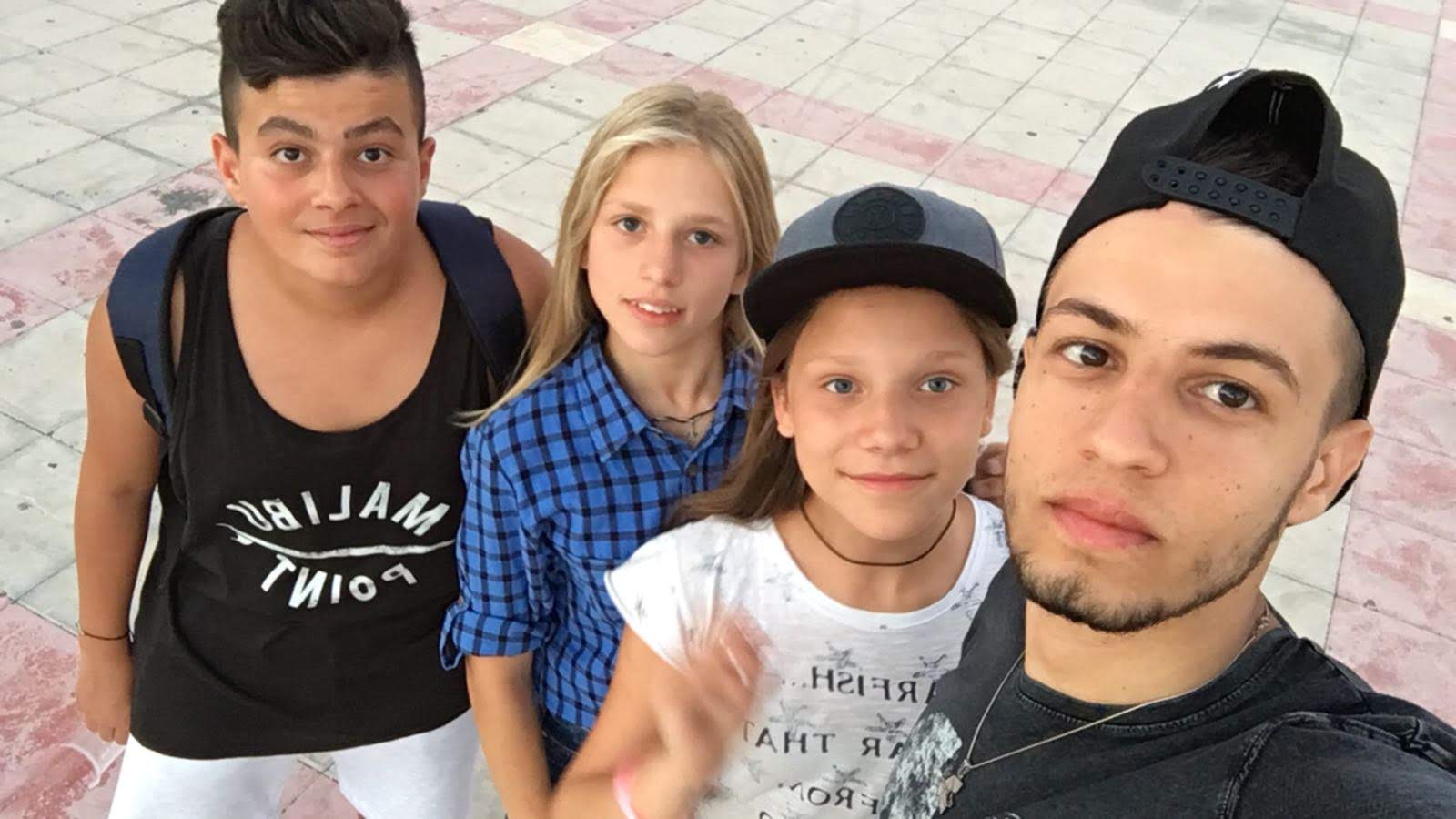 Islam Subboh, who also partook in the sessions, recalled that in addition to the Belarussian children, local children were impacted by Play for Peace’s work. “Every evening the local kids were waiting for us in the square. They saw us playing and simply joined in.”

The work with Crete for Life was also a unique leadership experience for Islam, since she was volunteering internationally instead of locally. “When we volunteer locally, our focus is to get people to stay at the event. But here it was very different,” he said. “We were able to work together because we liked each other. No one was trying to dominate someone else. As a group we learned to understand each other and follow each other’s leadership. Not because we had to, but because we wanted to.”

What happened in Crete was very important on many levels. The group not only brought laughter and joy to children who might otherwise not experience it, but as Ahlam observed, people from different backgrounds and cultures—a group of Arabs and a group from Syria—worked together toward a common goal.

“Every day when we started working, we only had to clap and the kids came. That one clap made the kids gather around in a circle—both the local kids and the visitors,” Ahlam said. “That one clap was enough to bring people, cultures, nations, and languages together.”