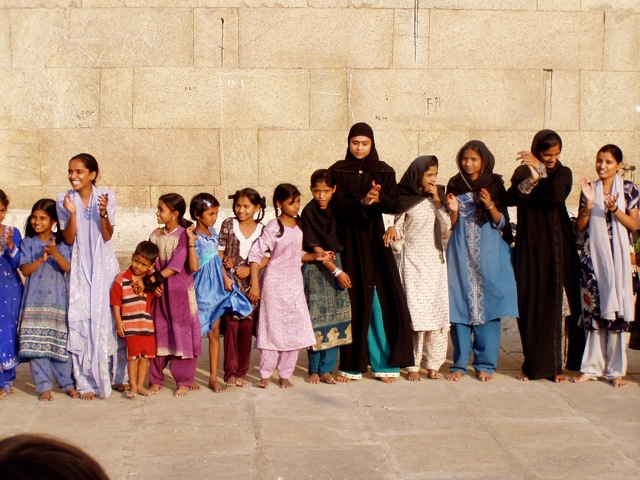 #ThrowbackThursday: From India to the World

Imroz Shah, our Global Operations Manager and a Master of Peace Studies student, was 17 and a Play for Peace youth facilitator at the time this photo was taken. She is standing on the far right with a long gray scarf. Jim Stuart, still Play for Peace supporter after all these years, was the photographer! The photo was taken in 2003 at Macca Masjid, a mosque in Hyderabad, India, where Play for Peace youth facilitators led Practice Peace Sessions starting 3 years prior, with 60-80 children attending those sessions every week. All of these youth facilitators, Shahana, Imroz, Nasreen, and Nayeema later became trainers and conducted training across the nation and with Imroz, around the world!