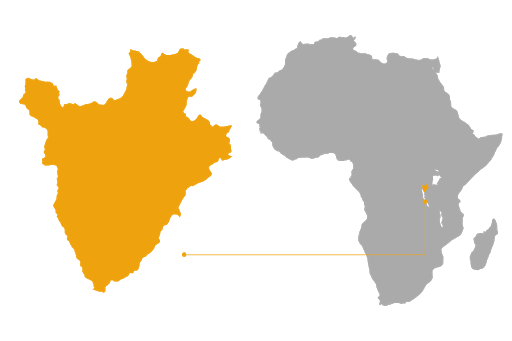 Although Kenya gained independence from Britain in 1963, the country still feels the effects of colonialism today; struggles around land and access to resources remains a source of conflict. People in Kenya have dealt with ethnic conflict as well—the most serious ones arose in 2007 and 2008 from disputed presidential elections. Children in Kenya are often the most affected by conflict. Since many experience or witness violence on a regular basis, they often don’t know how to resolve conflicts, or avoid them altogether.

In 2013, Play for Peace trainers Thozi Ndlazi from South Africa and Lolo Evans from the United States conducted a series of Play for Peace trainings in Kenya. As a result, groups in the areas they visited began practicing Play for Peace activities, using the power of play to bring people together in the area, despite conflict that existed. Later, in early 2019, Tacoma, Washington-based trainers Sam and Sarah Towers visited Kenya, where they knew the concept of Play for Peace had been introduced. They hoped to learn more about the needs and accomplishments of the people there in order to offer support. After many successful practice peace sessions, the Star Club, was formed.

Since the beginning of 2019, the Star Club, led by mentor Innocent Maina, has organized several activities and even participated in Earth Week. The Play for Peace global community is excited about the future of this club and its potential to bring laughter, compassion, and peace to children in Kenya.

"We shine peacefully in our community letting little ones play for peace let peace spread all over the globe."

Want to support our work in Kenya?