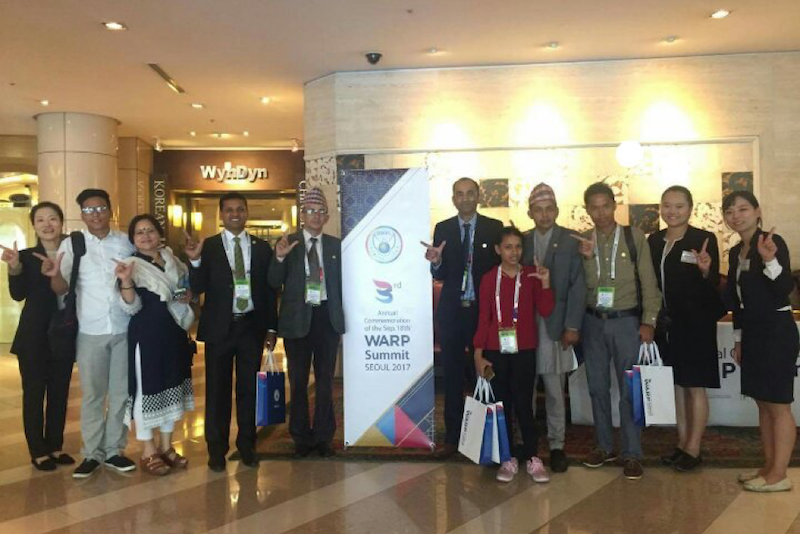 “I am a simple citizen. My contribution could be small, but even the impossible can be possible if we all work together." —Birendra Poudel

Birendra Poudel is the founder and chairperson of the Nepal Friendship Society as well as a certified Play for Peace trainer. Born and raised in the Mount Everest region of Nepal, he works to increase the quality of education in poorly funded schools. His other initiatives include advocating for environmental protection, serving as the Nepal Representative of Let’s do It! World Foundation, and working with various NGOs to promote peace in the community.

Recently, Birendra was invited to participate in the third annual World Alliance of Religions’ Peace (WARP) summit held in Seoul, South Korea. The summit was founded by the organization, Heavenly Culture, World Peace, Restoration of Light (HWPL) in 2014.  HWPL works to achieve two goals: 1. The cessation of war and 2. world peace. Central to this mission is global peace-building projects, universal legislation, and interfaith alliances. This year HWPL gathered government officials, international law experts, religious leaders, academics and community organizers to develop and implement the Declaration of Peace and Cessation of War. 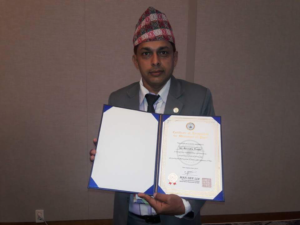 During the three-day conference, participants discussed how to transcend their differences and create an environment of peace. Attendees also worked to build ties between international governments and local community organizations. This collaboration promoted peace-keeping efforts and united participants around their common goals instead of their differences.

Drawing upon his experiences with Play for Peace in Nepal, Birendra expressed his belief in peace education for all regions of the world. He asserts that PFP programs create a “bridge of friendship and humanity,” fostering a global community of peace builders. Compelled by the success of PFP activities, he believes that world peace is possible through this type of education. For his contributions during the WARP Summit, Birendra received the Messenger of Peace Certificate. This award highlights his outstanding work toward spreading a culture of peace and advocating for the Declaration of Peace and Cessation of war. When asked to describe how his definition of peace impacted his efforts during the WARP Summit, Birendra says “Peace for me is about freedom, respect and equity.” His belief in world peace is unwavering and inspiring, which sparked much discussion and collaborative thought during the conference. He went on to explain that this inner fortitude propelled his work at the summit and beyond.

Reflecting on the time spent in Seoul, Birendra expresses his role within an all-encompassing vision of world peace. “I am a simple citizen. My contribution could be small, but even the impossible can be possible if we all work together. Dedicate yourself to this work. Whether it is your job or a volunteer activity. That is my vision of a better world, that every citizen worldwide thinks globally and acts locally—so that your individual contribution can make a positive change in the community, country and the world.”

Upon his return from the summit in Korea, Birendra will continue to advocate for educational improvement and environmental causes. Building upon his Masters research in Rural Development, he will be presenting a paper on the environment and human behavior later this month. Finally, his ongoing work as a PFP trainer in Nepal supports the shared belief that “peace is possible.”